Mina Shahmohammadi from the research group of Professor Christos G. Takoudis, Full Professor in the Departments of Bioengineering and Chemical Engineering at the University of Illinois at Chicago, in collaboration with College of Dentistry, University of Illinois at Chicago, and Kurt J. Lesker Company recently developed conformal atomic layer deposition (ALD) based titanium (IV) oxide (TiO2) thin film processes on Polymethyl Methacrylate (PMMA) displaying excellent surface and mechanical properties for potential engineering, medical, and biomedical applications. The findings were recently published in the Journal of Materials Science [ref. 1].

The TiO2 film thickness was directly measured on PMMA for the first time using spectroscopic ellipsometry. To better examine the film characterization, a silicon (100) reference was loaded in the ALD reactor. Although more than one sample was loaded into the reactor, the showerhead design of the reactor allowed for conformal deposition across the surface of both kinds of substrates.

The reported films on both substrates indicated two different growth mechanism during the early and later deposition cycles. Enhanced growth rate during the early cycles was attributed to the release of water molecules trapped in the pores of PMMA mostly from the pretreatment process. This effect was introduced as a cyclic chemical vapor deposition of Tetrakis (dimethylamido) titanium TDMAT and moisture within PMMA concomitant with TiO2 ALD from TDMAT and ozone. After a specific number of ALD cycles, the growth rate became independent of the nature of the substrates (Figure 1a). This proposed idea was corroborated with X-ray absorption near-edge structure (Figure 1b and 1c). The presence of water molecules from PMMA was advantageous in the sense that neither the aid of plasma nor another interlayer was required to help with nucleation and, hence, a conformal deposition on the surface.

As the mechanical and structural characteristics of titanium-based thin films deposited on PMMA were evaluated, the TiO2 films as thin as 30 nm displayed 70% increase in wettability and 60% increase in surface hardness. These findings can enhance the implementation of functionalized PMMA-based materials in commercial applications, especially in the biomedical and dental fields, and opens up the gate for more clinical research in this area along with related anti-microbial analyses for the understanding of corresponding biological properties. It is worth mentioning that hydrophilic surfaces would reduce the bacterial attachment and biofilm formation on the surface which is desirable for biomedical applications.

The proposed ideas of how water molecules from PMMA would affect the growth rate are schematically illustrated in Figure 1d. The blue circles are representative of small species from PMMA, such as water molecules, which react with the precursor and affect the growth rate during the early cycles. In larger number of cycles, the small species are either depleted or trapped under the continuous film and their effect has been diminished/eliminated. 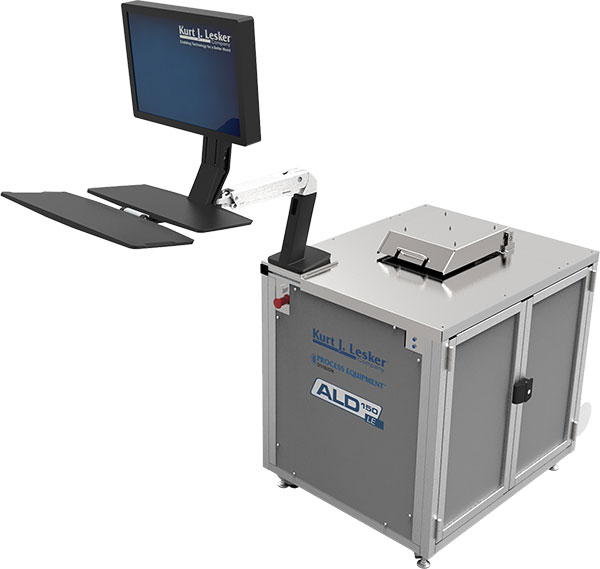