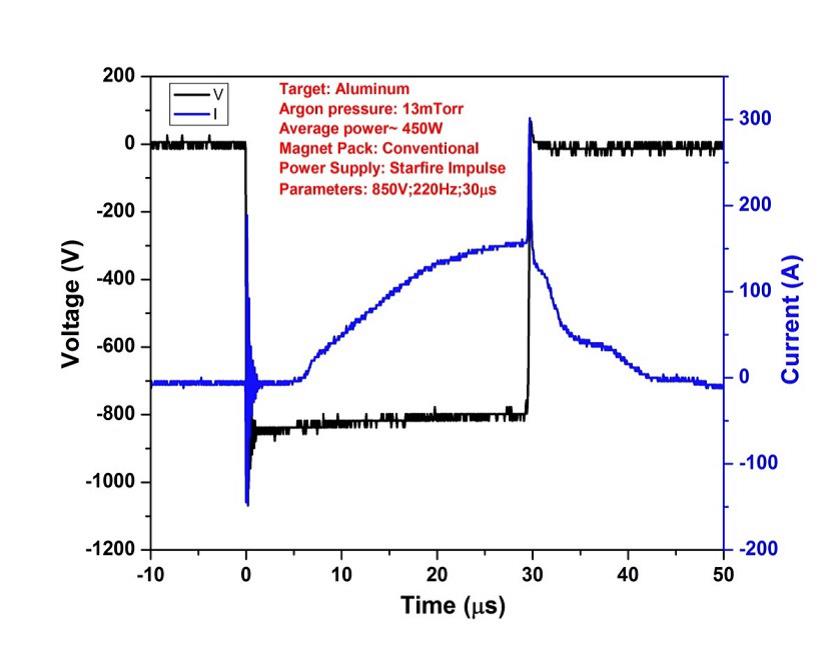 In such a discharge, the target peak power densities during the pulse can be in the order of several tens of kilowatts per square centimeter whereas the average power densities are comparable or equal to that of Direct Current Magnetron Sputtering (dcMS) discharges [1]. Of particular note is that to achieve such high power densities on a target one only needs to upgrade their power supply. The HIPIMS discharge exists in the same pressure regime as dcMS, and the existing magnetic field assemblies which are used for dcMS sputtering can provide stable ignition and operation of HIPIMS discharge. Therefore by just changing the power supply in the exact same sputtering system the characteristics of the plasma can be changed and therefore the properties of the films as well. See table 1 below for a comparison of parameters between HIPIMS and dcMS discharges. Some of the most interesting qualities of the HIPIMS discharge is its high plasma density and ionization fraction of the sputter target material.

The high peak power pulses on the target in HIPIMS result in plasma electron densities up to 1019 m-3 which is three orders of magnitude higher compared to dcMS Sputtering [2]. These high plasma densities promote ionization of the sputtered material forming an ionized sputtered material flux, where the ionization fraction can reach 90% [3]. The ion flux is subject to electric and magnetic force so its direction and energy can be controlled. Being precisely controlled the target material ion flux can be used to perform substrate pre-treatment as well as to enhance film and device properties. Examples of enhancements are increased film density as well as significant improvements in film adhesion [4] [5].

As with any new technology there are challenges that obstruct its broader implementation. The first challenge is the availability of cost effective HIPIMS power supplies with output power under 2kW which is best suited for circular planar magnetrons with 50mm to 150mm target diameters. The second challenge is the overall lower deposition rates for HIPIMS in comparison with dcMS discharges. To address these issues the Kurt J. Lesker Company has partnered with Starfire Industries and the University of Illinois Urbana-Champaign respectively.

Working with Starfire Industries we are solving the challenge of a cost effective HIPIMS supply availability. We now have available a 2kW HIPIMS enabling supply that can be powered by any DC power supply. The IMPULSE™ power supply has up to a 200A peak current capability with user selectable pulse frequencies between 0.1 kHz to 10 kHz and pulse widths of 5μs to 1ms. It offers real-time discharge voltage and current monitoring, touch-screen control, and can be setup in a master/slave configuration for synced cathode deposition and substrate bias. See figure 2 for details on the IMPULSE™ power supply. 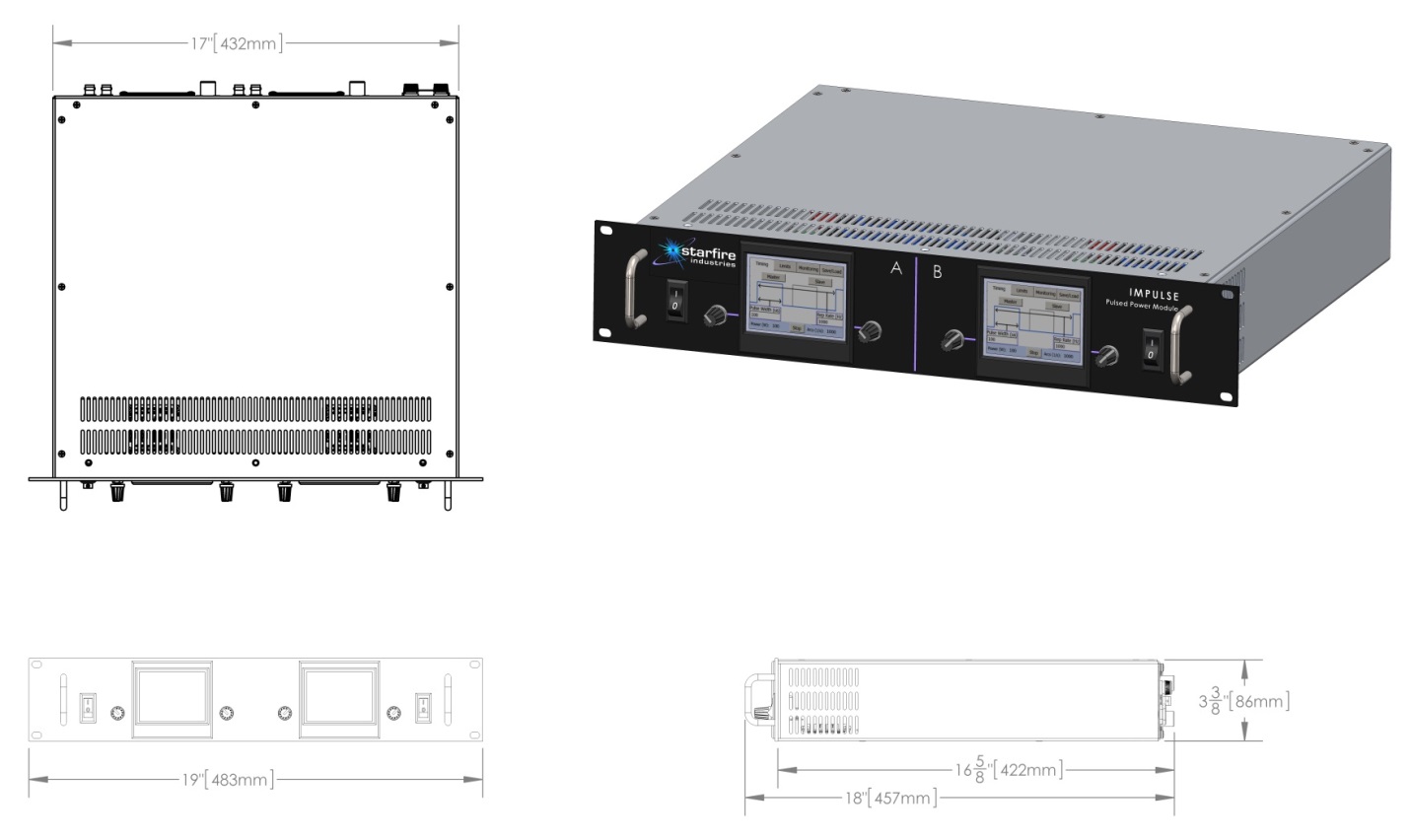 Working with Professor David Ruzic’s group at the University of Illinois Urbana-Champaign we are addressing the second challenge facing HIPIMS adoption, lower deposition rates. It is well documented in the industry that the deposition rate for HIPIMS can be almost half of that of DC Magnetron, see Figure 3. 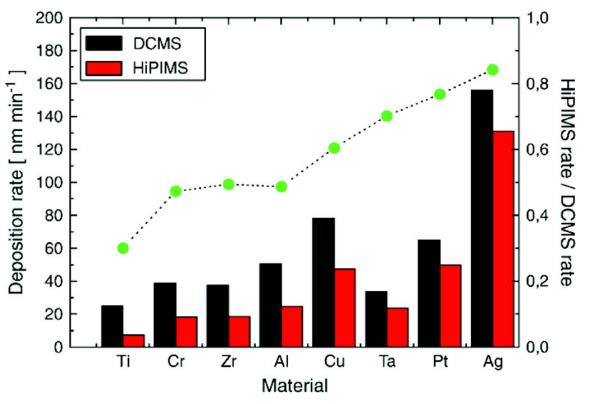 To increase the deposition rates in a HIPIMS discharge researchers at the University of Illinois Urbana-Champaign investigated the magnetic field modelling of conventional circular magnetron magnet packs as well as several new designs. Researchers developed new magnet packs based on these models and are working to experimentally verify the modeling results. The primary objective of the research is to design a magnetic field configuration that helps overcome the 'return effect' observed in HIPIMS discharges. The 'return effect' is caused because the positively charged ions are attracted back towards the target due to its spatial plasma potential distribution during the high power pulse. In evaluating the new designs the team came up with a symmetrical three ring magnet pack referred to as the Tripack. See figure 4. 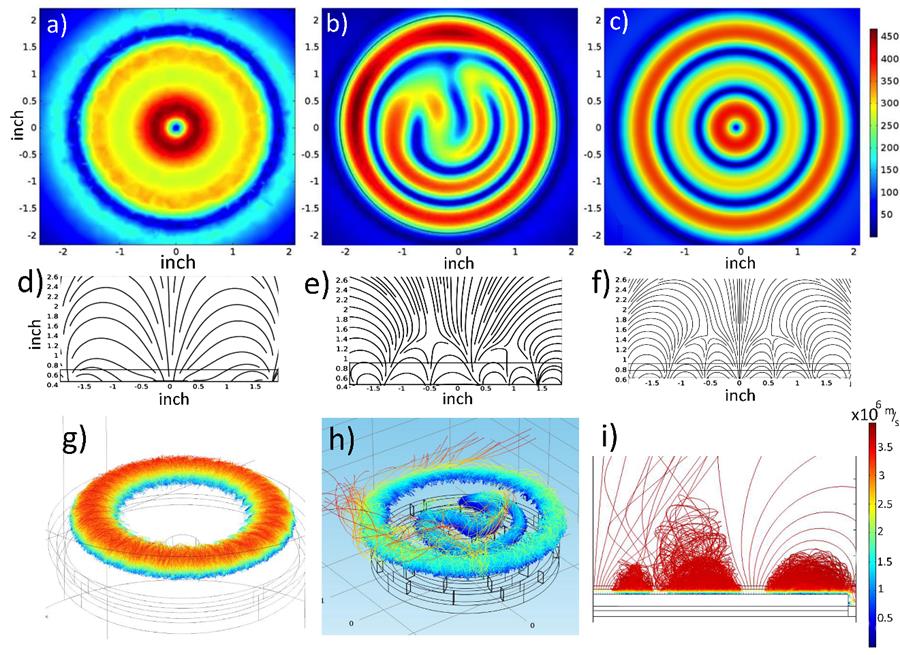 The Tripack provides significant improvement in deposition rates in HIPIMS operation because of its open field lines which allow more sputtered material to leave the plasma region in comparison to a conventional magnet pack. Figures 4g and 4i show that electrons in the conventional pack cannot escape the plasma region whereas the TriPack provides an efficient charge particle leak while sustaining a stable HIPIMS discharge at the same time. This provides a significantly increased deposition rate. See figure 5 for a comparison of normalized deposition rates in DC and HIPIMS (IMPULSE™) using a conventional and Tripack magnet assembly. 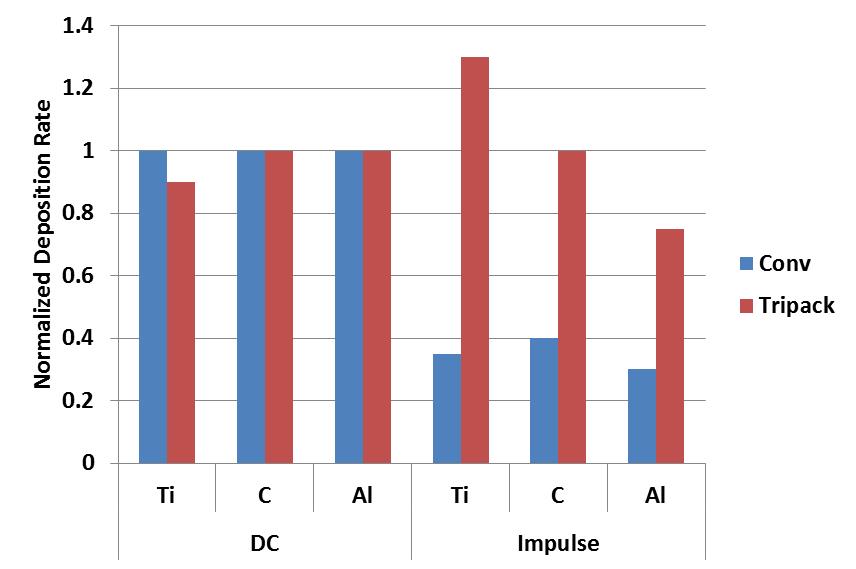 In conclusion HIPIMS discharge is an exciting process option for anyone sputtering thin films. It is another tool that can be used to enhance film and device properties particularly those applications benefiting from high densities of sputtered material ions. One of HIPIMS best qualities is that it only requires the addition of the proper power supply and can be used in your existing sputtering setup. And with the Tripack magnet in development the issue of decreased deposition rates observed in HIPIMS operation will soon be a thing of the past.