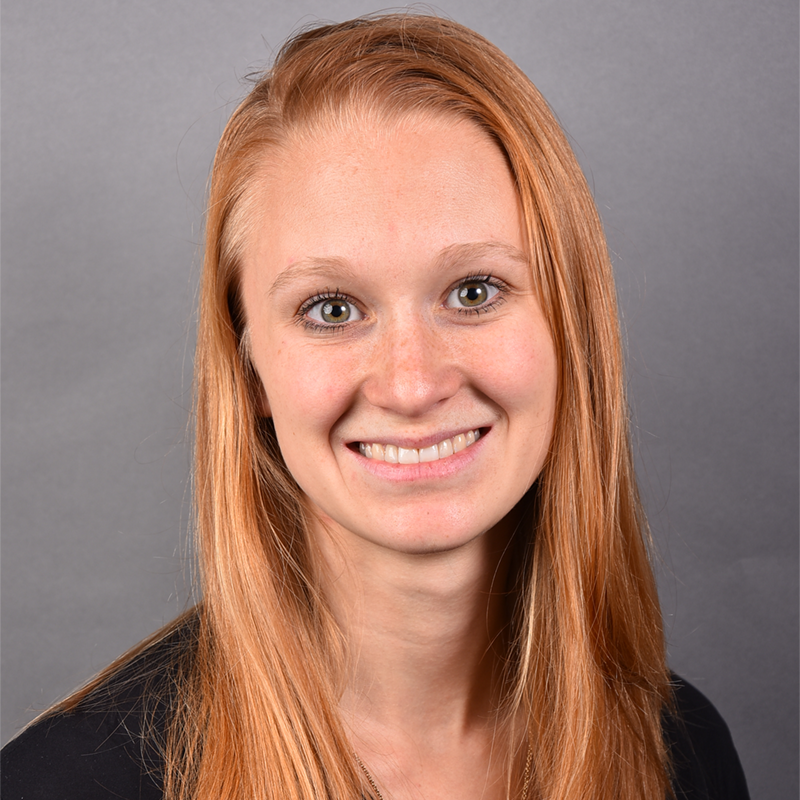 To recognize the International Day of Women and Girls in Science and to celebrate all the amazing female customers in scientific research we work with, we reached out to Laura Wagner - a PhD researcher at TU Munich's Walter Schottky Institute (WSI) and Physics Department - to discuss her career path so far, the exciting research she is currently working on with her team, and what this day means to her a as a female scientist at an exciting point in her career.

Do you remember how and when you first got interested in Science?

I guess I was in a fortunate position as both my parents were engineers, and I always took joy in constructing things like IKEA cupboards, putting together and reading how to construct little toys, building things with my hands and playing with Lego, so it was obvious for me from a young age that I would go into a career like science. But when I finished school, I actually wanted to go into mechanical engineering and I only switched to physics later on. I first started doing medical physics but then found I was more interested in the physics side of things so decided to go into that full time and I have now been doing my physics PhD for only half a year now, though I have been involved with this project for nearly two years now.

What led you to your current position at the Walter Schottky institute and what attracted you to their particular field of research?

For my master's studies I switched to TU Munich and the WSI, mainly because it is a great research facility but also it is close to the mountains which is beautiful! Ever since I was doing my bachelor studies I have been interested in semiconductor physics, and at the institute we focus on renewable energies and trying to find efficient ways to do solar water splitting, which is to split hydrogen and oxygen so we can store the sun's energy in hydrogen and actually have feasible green hydrogen. I really like being able to work in a field that is focused on trying to solve real world problems, finding solutions that allow us to progress to a carbon free future. 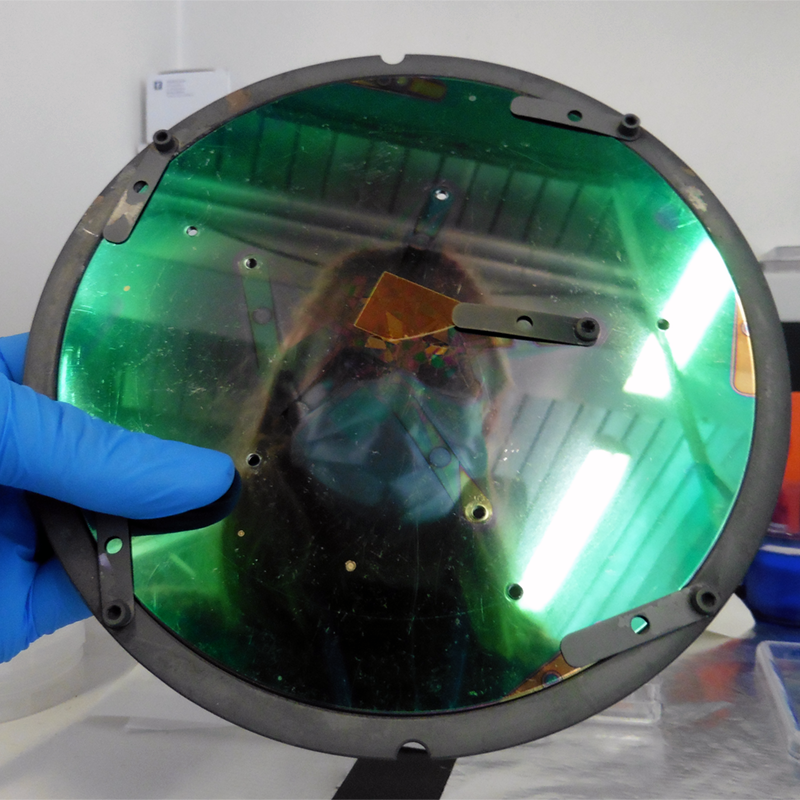 Well, it really depends. I mostly try to structure my week in a way so that I have some lab time and some office time so I'm not just doing data analysis for a whole week. In the lab I will do several depositions on our Kurt J. Lesker PRO Line PVD 75 a week and then spend time characterizing my films. But there really are no two days that are the same. It is quite a mix of manual work, like being in the lab putting things together and constructing them and then there are other days where there is a lot of looking at data, but I really enjoy doing both. I also really enjoy the collaboration and sense of community in science, we take coffee breaks together and spend time helping each other out. Although people have their own projects going on you can always go to anyone in the group to ask for advice - especially as not everyone knows immediately how to use some of the equipment - so helping out each other works really well for us.

What are the hardest parts related to this work?

I think the hardest part for me is trying to make sense of all the data, because one day you will measure something and then the next day you will measure something completely different and you then have to figure out if there is difference in your sample, or if it was just a rainy day that day. There are so many parameters that can influence the outcome. Keeping track of what you did and trying to find a story and reason behind what you see in the data.

What motivated you in difficult times?

I really love what I do so that's why I've never really questioned my choices or found my career path difficult. But I find that when I'm stuck, it is all about trying something new, taking a break from it and doing something else and then coming back to it again. For me, I really enjoy going to university, doing scientific experiments and trying to figure out a reason why a certain film behaves in a particular way, so studying for me is like a hobby but I get to do it every day!

During your career, have you been specifically mentored or supported by someone?

Not really, but my sister is doing a PhD also but in biology, and I'd say she probably motivated me into pursuing a doctorate. But I try to plan small steps in my life, figuring out what I want to do in the next few years and talking to lots of people about their own experiences as well.

How did you feel as a female scientist when you first joined the scientific community and what kind of prejudices, if any, did you have to face?

Although I wasn't alone in being a woman in my class, it was immediately obvious that there were far less women than there is in other fields of study. I have found that this has improved with time as I have advanced through the academic levels, but in my bachelor's I always had a hard time - people would remember me because I was maybe one of the few women in a class of 200 full of male students. But I really feel this has improved with more women now doing bachelors and a high percentage of them going on to pursue the subject at a higher level to PhD. In my group now, there is maybe even more women than men! I do still find that people are very surprised when they find out that I am working in physics because I am a woman. I feel that this is because there is still a mindset out there that believe there is not a lot of women working in science, but I do feel that this is changing, at least in Germany.

Do you feel that things have improved in terms of the representation of women in science or do you think society has a long way to go to make female scientists and their achievements more visible?

I think that a lot of companies and groups have really started to try and improve diversity in their organizations, but actually when you look around there is not many female professors, there are still only a few female scientists and students in the great scheme of things. I think this is going to get better soon but right now especially if you look at the professorships at universities it is still very much dominated by men.

In your opinion, which changes, if any, are needed in the scientific system to be more attractive to women in science and possible future scientists?

I would start at the school level - making sure there are really great science teachers that are male and female who will motivate children regardless of their gender to work in science and to feel the joy of putting a scientific puzzle together and not being afraid to study physics, because I had never really considered it at school so I think having positive role models at that age is important to encourage more women into science in the future.

Do you observe The International Day of Women and Girls in Science and do you think annual events like these play an important role in increasing visibility of women's enormous contribution to science?

I had never really done so in the past but actually, this morning one female postdoc in our group organised a diversity breakfast which was really great and interesting! I feel I should definitely be more aware of these events in future and I think they play a really important role. I think it's really important to talk about and address these issues of diversity in science and try to motivate young girls into considering pursuing a career in science.

Do you have any advice for young female scientists who are just beginning to embark on a career in science?

I would say just do it! Don't care about what other people might think, just do what you love and go with that!

What are you and your team currently working on and what exciting developments do you hope to achieve in future?

Currently we are working on trying to find materials that are either able to perform solar water splitting or CO2 reduction, so this is related to the area of renewable energies. There are different people working on different elements of the project but I am trying to grow material that is able to do solar water splitting and at the moment I'm working on ternary nitrides, it's a brand new field because so far people have been mostly working with oxides because they are easier to synthesize and are more stable in air, but we are working on nitrides which are harder to synthesize and under explored. There is a large field open for exploration and there are potentially materials that are highly efficient in performing solar water splitting and producing hydrogen. So there are different people in the group working on growth, characterization and trying to find the right conditions to make it all efficient.

Your lab currently has one of our PRO Line PVD 75 sputter deposition tools installed. How does this vacuum technology specifically support the research that you are doing?

Thank you so much for meeting with us Laura! We look forward to following your exciting career and future scientific achievements!