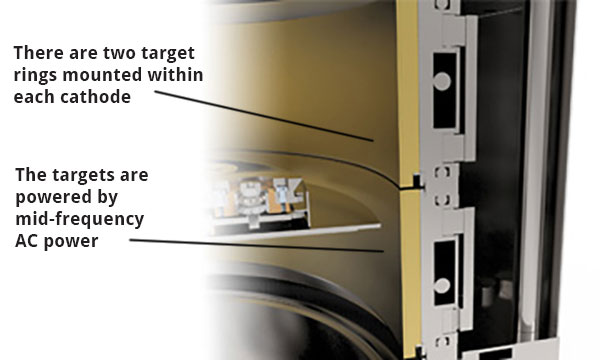 The Kurt J. Lesker Company® (KJLC®) is introducing a novel optical coating system incorporating the Isoflux Inverted Cylindrical Magnetron (ICM) with a unique substrate carrier configuration designed to provide features unavailable in any currently marketed coating system. The combination of the Isoflux ICM with the design of the KJLC precision optical coating system results in a deposition tool capable of providing high quality coatings with unprecedented flexibility of operation, all in a package with an unrivaled simplicity of design and operation. 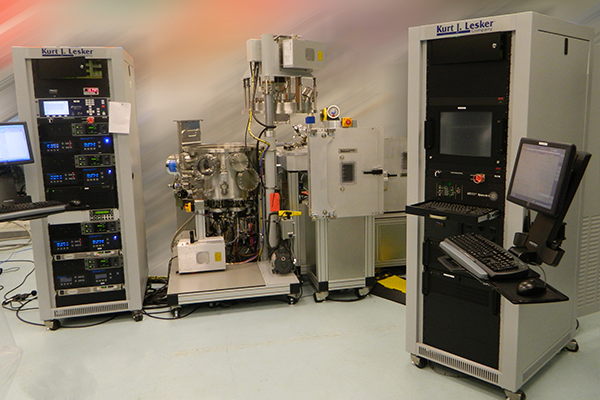 Combinatorial Magnetron Sputtering (CMS) has distinguished itself as a viable tool for the rapid development of vast libraries of complex materials. Researchers at the Joint Center for Artificial Photosynthesis, California Institute of Technology (Cal Tech) and the Kurt J. Lesker Company® (KJLC®) [1] have recently published work on Combinatorial Magnetron Sputtering (CMS) using a novel robotically controlled thin film deposition cathode tilt and substrate manipulation mechanism. Combinations of metal alloys, mixed metal oxides and nitrides have been demonstrated with the system as a basis for a predictive model developed by Cal Tech to streamline the design of new materials for certain critical applications.

A multipurpose source has been constructed that can operate either as a magnetron sputtering cathode, an end-Hall ion source, or both simultaneously depending on the applied voltage. A conical electrode with a major diameter of 6.5 cm and included angle of 90 degrees is combined with a magnetic field that forms a plasma trap above the electrode and also extends beyond the electrode opening. A hot filament generates electrons when operating as an ion source. Using an Al electrode, all three modes of operation have been demonstrated. Sputtering with an applied voltage of -390 V produced an Al film at a specific deposition rate of 4.0 (nm/min)/(W/cm2). By applying +340 V to the electrode at an Ar pressure of 1 mT and filament current of 25 A, a thermally grown SiO2 layer was etched at a rate of 5.2 nm/min. Finally, using a 40 kHz bipolar power supply to apply an alternating positive and negative voltage to the electrode at a total power of 200 W, a reactively sputtered Al2O3 film was deposited arc-free at a specific rate of 1.1 (nm/min)/(W/cm2). The values for n and k (632 nm) for the Al2O3 were 1.67 and 0.001 respectively.