Lithium is classified as an alkali metal on the Periodic Table. It is the least dense of all metals and one of only three other metals that can float on water. It is silvery-white in appearance and very soft with a density of 0.53 g/cc, a melting point of 181°C, and a vapor pressure of 10-4 Torr at 407°C. Lithium is also highly flammable and easily oxidizes when exposed to air. While lithium and its compounds serve a variety of industries, it is mainly used to make rechargeable batteries which are found in smartphones, tablets, cars, and in many other products. Lithium, along with its alloys and compounds, is evaporated under vacuum to make batteries, fuel cells, and to form optical coatings.

Unfortunately, Z Factor and Shear Modulus are not readily available for many materials. In this case, the Z-Factor can also be determined empirically using the following method:

Another alternative is to change crystals frequently and ignore the error. The graph below shows the % Error in Rate/Thickness from using the wrong Z Factor. For a crystal with 90% life, the error is negligible for even large errors in the programmed versus actual Z Factor. 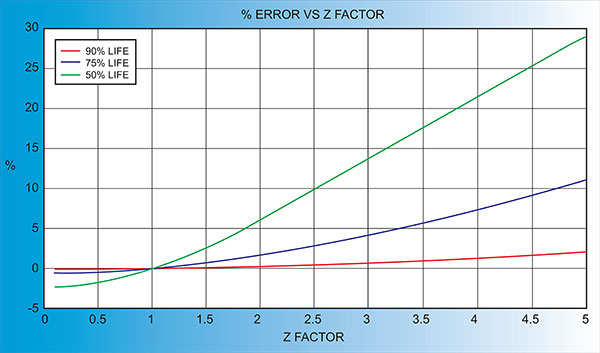