KF HV flanges (Figure 1) are a sexless design—made from 304L or 316L stainless, aluminum, or brass. The seal is a rubber/ elastomeric o-ring mounted in a centering ring, which aligns the flanges and holds the o-ring in position.

Each flange has a chamfered back-surface and is mated by a circumferential clamp (Figure 2) tightened by wing-nut, thumbscrew, bolt, or over-center lever.

KF HV flanges are limited (by the o-ring's properties) to applications with temperatures between ~0° C and 120—180° C, and pressure from atmosphere to ~10-8 Torr or mbar.

The name KF (for Klein Flansche) was adopted by ISO, DIN, and Pneurop standards organizations. It is also called QF, NW, and occasionally, DN.

The flange is sized by the largest nominal I.D. (in, mm) tube that can be welded to it.

Standards sizes are: KF10, KF16, KF25, KF40, and KF50. Although these sizes are used in North America, the true nominal bore is often that of standard inch dimensioned tubes. Despite dimensional unit differences, KF HV flanges made by reputable manufacturers in any country will almost certainly mate. 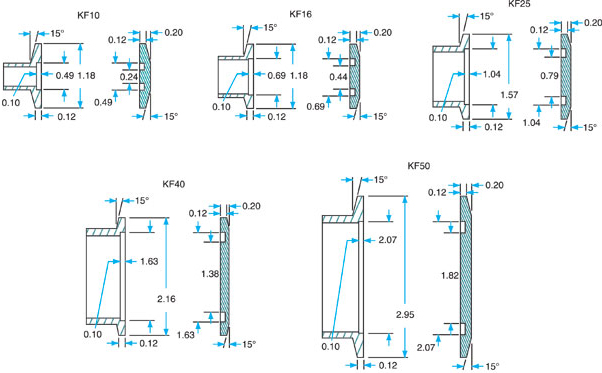 Figure 3: Dimensions listed for KF HV flanges are in inches