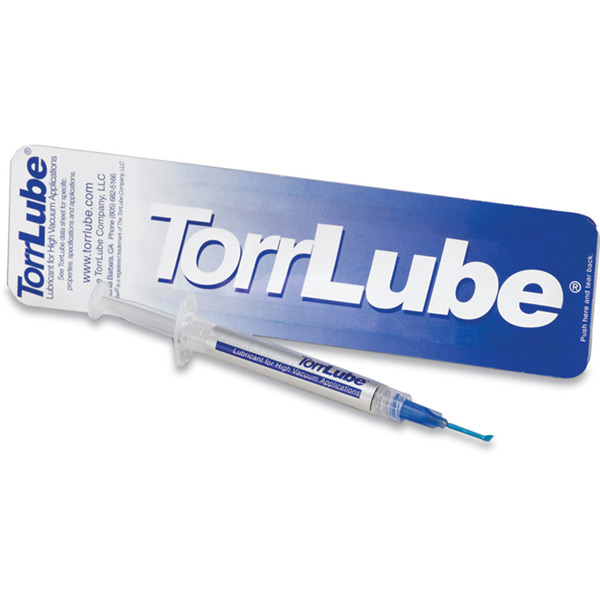 TorrLube® vacuum lubricants are created and treated to perform their best under the most critical high temperature, high vacuum, applications. TorrLube® oils are specially formulated to lower their vapor pressure while increasing their lubricity over a broad temperature range. Proprietary distillation and filtration of our oils creates a pure synthetic with better overall characteristics than other vacuum lubricants. TorrLube® lubricants are nonreactive in oxygen and chemical service. They are incredibly long lasting which leads to extended lubrication intervals, longer equipment life, and less downtime.

Why use an oil lubricant rather than grease
1) One primary reason is that oil does not contain any of the solids required to formulate grease.
2) Better heat transfer and higher speed.

TorrLube oils create thicker films and carry higher loads than other types of vacuum lubricants. They are excellent hydro dynamic lubricants because they thicken and gain viscosity when under load thereby creating larger film thickness on bearings surfaces which allows for better lubricity and less wear. The result is extended life of the component. TorrLube® oils do not break down when subjected to high rates of shear.

TorrLube has very high Viscosity Indexes. A key advantage to a higher VI is that the oil will not thicken, or gain in viscosity at low temperatures the way oil with a low VI would. TorrLube® has its lowest coefficient of friction at “0” speed and this is very beneficial because it virtually eliminates “Stick-Slip”. Stick Slip makes it harder for bearings, or a switch, gear, slide, robotic arm, to begin movement smoothly.