Many electronic devices in use today require rechargeable batteries. The three primary components of a battery are a cathode, an electrolyte and an anode, with the appropriate current collectors. One example of a traditional rechargeable battery include a negative electrode made from carbon, an electrolyte made from Lithium salts suspended in a solvent and a positive electrode made from a metal oxide. While commercially very successful, this battery structure, because of its liquid component, is highly flammable and has been the source of many tragic fires and explosions. A safer battery chemistry has been achieved with the all solid-state thin film Lithium ion secondary battery based on a cathode made from Lithium cobalt oxide, and electrolyte of nitrogen-doped Lithium orthophosphate and an anode of Lithium metal. This solid-state structure, when deposited in vacuum by sputtering and thermal evaporation has resulted in near perfect batteries which can be cycled from full charge to full discharge thousands of times with no degradation in performance. 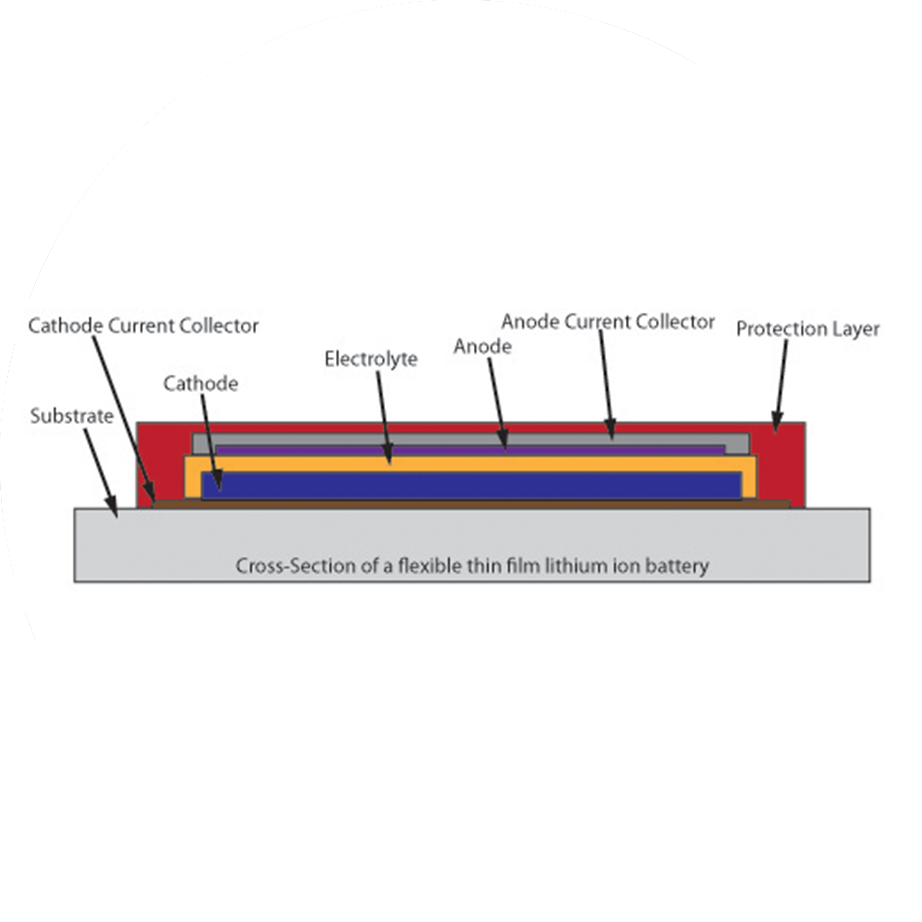 Solid-state thin film batteries replace the flammable liquid electrolyte used in traditional secondary batteries with a non-flammable solid electrolyte. Because of their construction, with the interfaces between layers built on a molecular level, these batteries do not develop the life ending SEI layers that plague current commercial batteries. The thin film micro battery was developed in the early '90's by a team of scientists at the Oak Ridge National Laboratory.

While the micro-battery does not store much charge, the devices that may utilize the technology have gotten much more energy efficient in the 20 years since its invention so that the capabilities of the battery and the demands of its prospective hosts have found a new confluence. These batteries, with their extended useful lives will enable the micro devices at the center of the Internet of Things, wearable electronics, smart health care devices and possibly cell phones.

The Kurt J. Lesker Company has been supplying materials and deposition systems to service this emerging market from the outset. This demanding thin film structure requires a dedicated, multi-chamber, thin film manufacturing system in order to ensure pristine interfaces between the cathode, electrolyte and anode and assure that there is no cross contamination between layers. 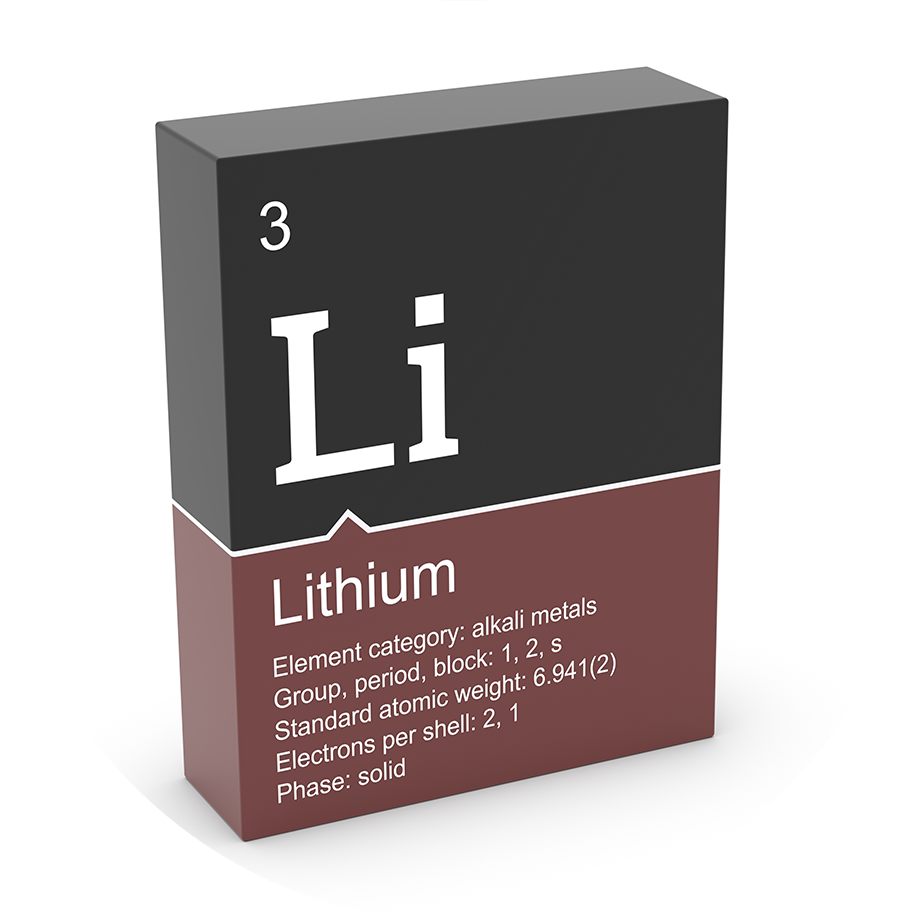 The Kurt J. Lesker Company offers multi-chamber thin film deposition systems that are typically integrated with a glove box to ensure the safe handling of delicate materials such as Lithium metal and the opportunity to fully encapsulate the environmentally delicate energy storage device before exposure to the atmosphere. 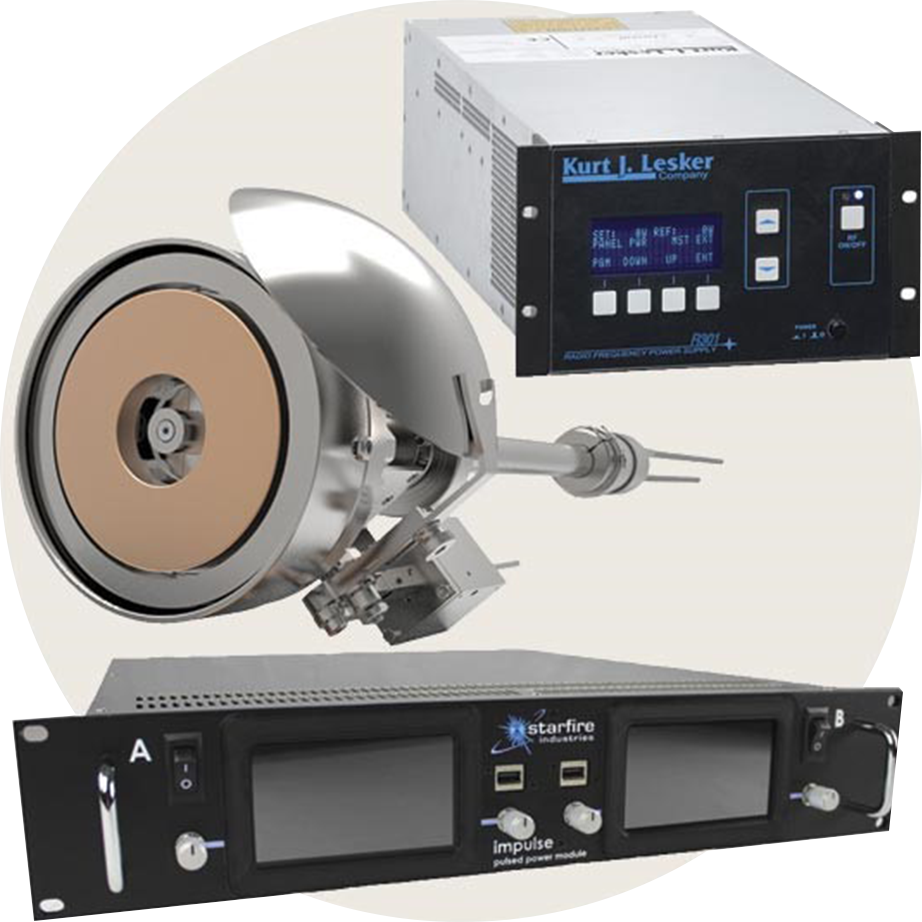 System Control with our eKLipse™ Software

At the heart of our thin film micro-battery systems is the unique eKLipse software control platform that allows precise deposition control of each engineered layer to ensure repeatability run-to-run.

Designed 100% in-house, the features of eKLipse include: 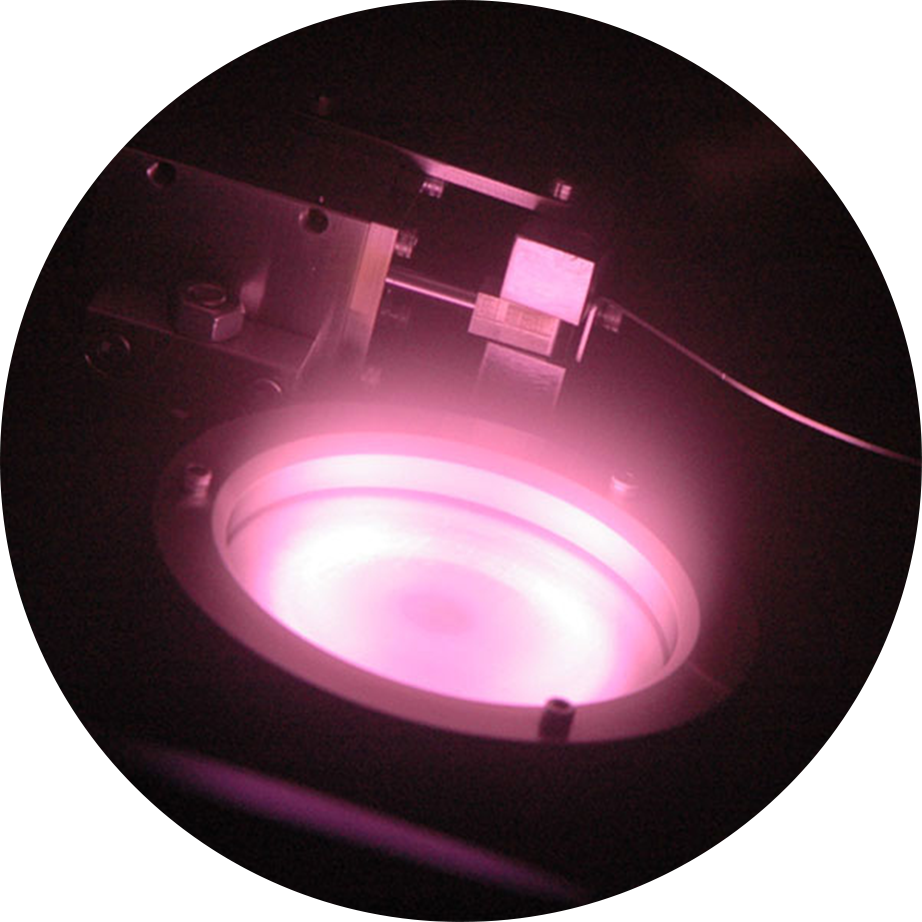 With decades of experience and nearly 2,000 thin film deposition systems in the field, the Kurt J. Lesker Company has refined solutions which address our customers unique and exacting requirements. Using our extensive in-house thin film deposition experience our scientists and engineers have collaborated to develop solutions that overcome many of the fundamental challenges of working with Lithium-based materials. Some components of our unique approach to micro-battery fabrication include:

Our scientists and engineers have used our extensive in-house experience to develop solutions that overcome the challenges with putting down thin films of battery material in vacuum. From customizable base plates for easy upgrades and optimised process geometries for best film uniformities (e.g +/- 1.5% across a 200mm x 200mm substrate). Here are just some of the other unique hardware features we can offer...

Our ISO 9001 certified Materials Division stocks a vast assortment of high purity materials for use in both thermal and sputter deposition processes used in thin film battery manufacture. We can also supply bespoke thin film battery targets to your required composition on request. 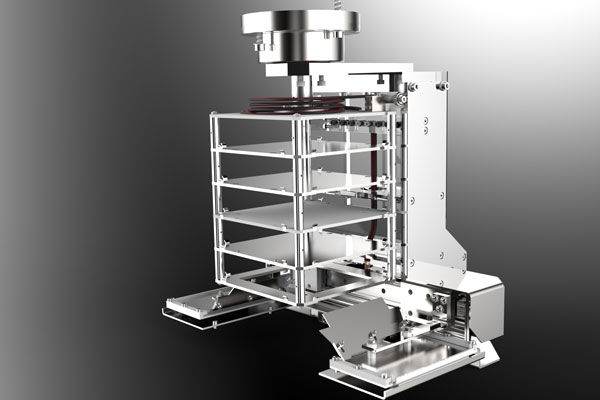 Kurt J Lesker Single and Combinatorial Dual Wedge tools turn a single substrate into many, allowing for multiple samples on one substrate, the unique feature cuts weeks of research time in to a day.

Due to the wedge tools in situ rotation design, uniformity is still maintained and can be combined with Kurt J Lesker masking. 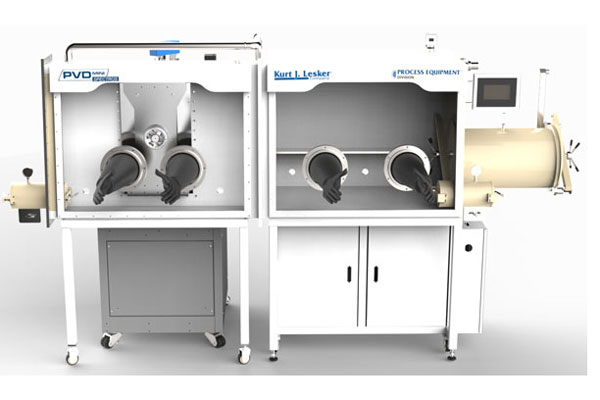 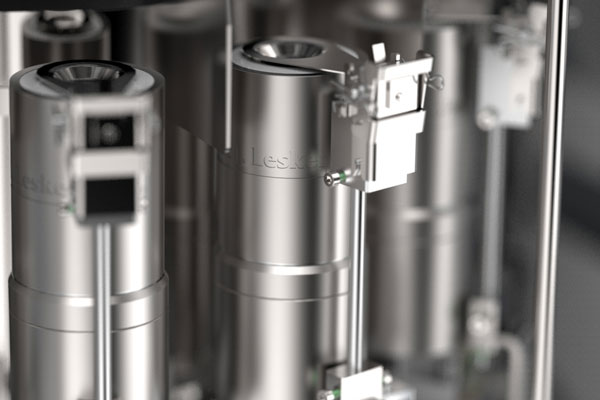 Combined with our custom PID control loops for precise control of thin film battery material evaporation (rate control down to 0.01A/s) the KJLC LTE is an ideal solution for the deposition of battery material. 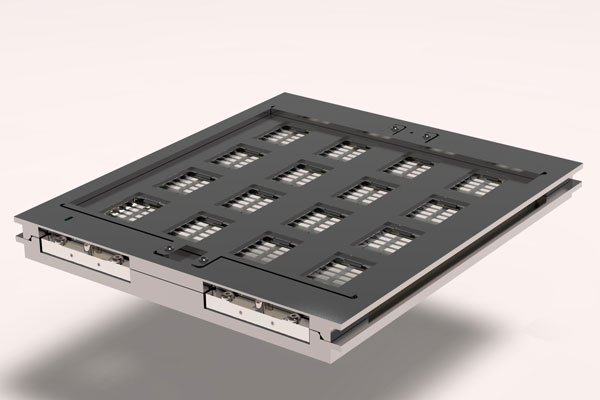 The Kurt J Lesker substrate and masking system allows for multiple substrates and masks to be loaded within the deposition chamber. This eliminates the need for a costly load lock, which would need extra pumping, gauging, and additional transfer.

COME TALK TO US - we have an experienced team of scientists, engineers and designer dedicated to helping you solve your problems, however large or small. With a global reach we can help you and we look forward to helping you

We have simulated uniformities using state of the art simulation tools that we have optimized. Talk to us so we can help you design the best system for your application

With PhD scientists and applications lab support we can help you optimise your process. Come visit us, play with our tools and see how we can help you

Ask us a question. We have repository of technical information - and if we don't know the answer straight away then we'll find out for you

Kurt J Lesker can help. Choose from one of our standard system options below or talk to us more about a custom configuration for your process. We can provide the solutions. We have the experience and we look forward to hearing from you.

We have a range of systems that can accommodate square substrates from 100mm x 100mm up to 200mm x 200mm or standard wafers up to 8" OD. For small R&D substrates, we can provide a custom array sample holder that allows for the mounting of multiple substrates in a single process.