Customized solutions for pioneering applications such as TVAC/space simulation, Diamond Like coatings, etc. 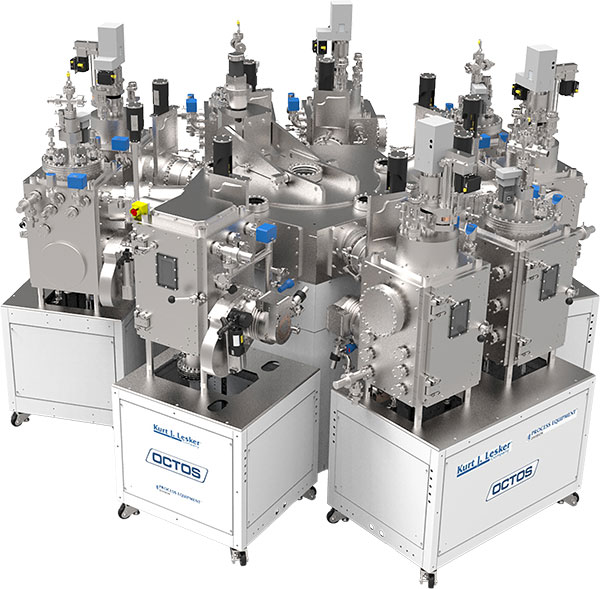 The Right System for Your Research 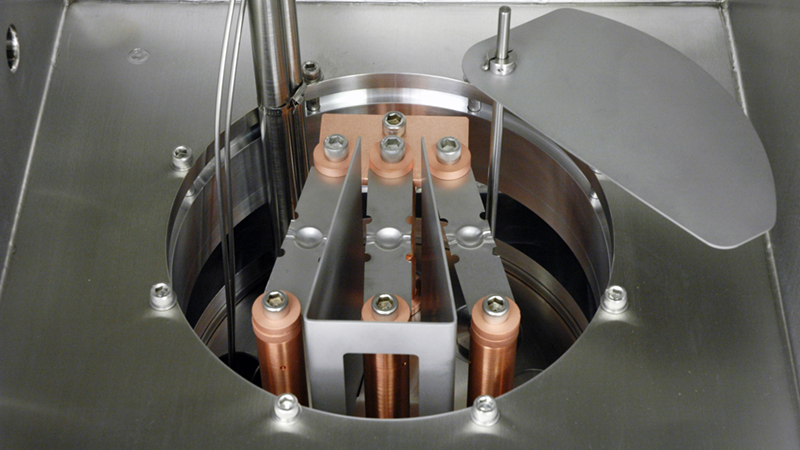 Techniques That Drive Your Process 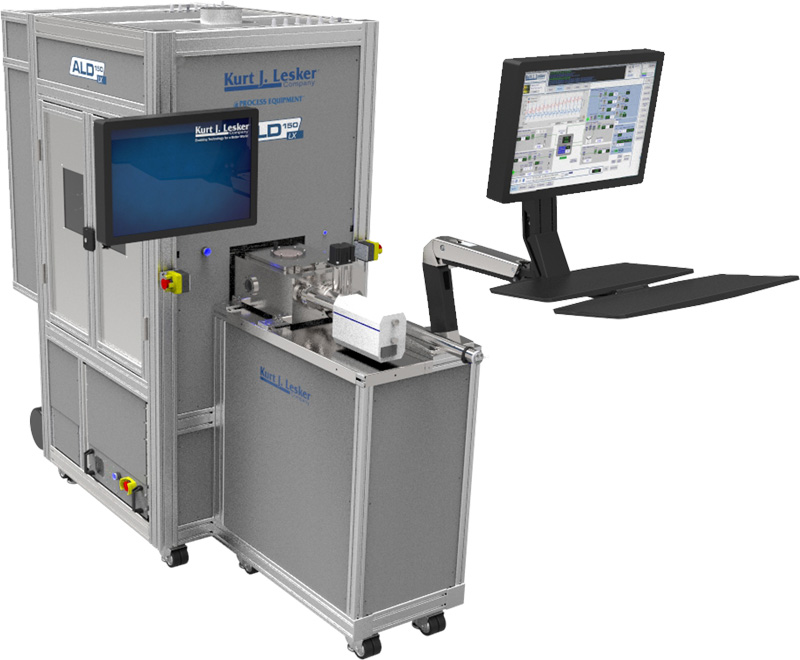 Atomic Layer Deposition (ALD) is a Chemical Vapor Deposition (CVD) technique that enables surface-controlled film growth on the atomic scale with excellent uniformity. Surface-controlled film growth is a unique feature of ALD that is based on sequential, self-limiting chemical reactions between gas-phase precursor molecules and active surface species. During a typical ALD process, at least two gas-phase precursors are pulsed sequentially into a reaction space where a substrate is located. A complete sequence (or cycle) is made up of a series of pulse and purge steps. Pulse steps are separated by purge steps to remove any remaining precursor and/or volatile reaction by-products from the reaction space between pulses. Thus, a complete cycle requires a minimum of four steps.

During each pulse step, chemical reactions between precursor molecules and active surface species yield new surface species that passivate the surface. Once the surface becomes fully passivated, reactions are complete and result in the formation of a limited number of new surface species. Uniformity depends primarily on the distribution of active surface species/sites and completion of surface reactions during each precursor pulse step. Subsequently, remaining precursor and/or reaction by-products are purged in preparation for next pulse step. A complete cycle is required to obtain the desired material. Each cycle deposits a very specific amount of material onto the substrate surface and is repeated until the desired amount of material has been deposited, enabling very accurate control of film thickness. Typical growth per cycle (GPC) is approximately 1 Å/cycle, but GPC does depend on the specific process.

Known thermal-based methods depend on substrate heating where the range of process temperatures resulting in ideal growth is referred to as the “ALD window”. Ideal growth is characterized by chemical adsorption of surface species that is irreversible, self-limiting, and complete. Outside of the ALD temperature window growth becomes non-ideal. At temperatures below this window thermal energy at the substrate surface becomes insufficient for surface reactions and/or to prevent physical adsorption (or condensation) of precursor molecules. Thermal self-decomposition of precursor molecules and/or desorption of chemically-adsorbed surface species results in non-ideal growth at higher substrate temperatures. In many cases, the ALD window is broad enough to enable ALD of different materials (e.g., multilayer film growth) at a constant substrate temperature.

Plasma-Enhanced ALD (PEALD) methods utilize reactive plasma species as precursors for ALD surface reactions. Typical plasma gases include O2, N2 and H2. Plasma technology is well established in other areas of thin film processing, such as Physical Vapor Deposition (PVD), conventional CVD, and Reactive Ion Etch (RIE) methods, and has been applied to ALD techniques as well. Benefits of PEALD include lower temperature process capability, as well as new pathways for chemical reactions that would otherwise be inaccessible by purely thermal methods. Plasma treatments can also be used for substrate surface modification prior to ALD processing.

One known limitation of existing ALD techniques is the relatively low throughput due to long process times when compared to PVD and conventional CVD methods. However, this limitation has become less significant in recent years due to reduced scaling of microelectronic device dimensions and interest in other areas of nanotechnology, where advantages of the surface-controlled growth mechanism of ALD are paramount. Furthermore, recent developments in spatial ALD technology have demonstrated high throughput process capability that helps to overcome this particular limitation. Another disadvantage is the limited number of precursors presently available and, therefore, materials deposited by ALD methods. Precursor and process development are very active areas of R&D activity.

Film uniformity, as described previously, depends primarily on distribution of active surface sites and completion of surface reactions during each precursor pulse step. Sources of non-uniformity can include overlapping of precursor pulses, non-uniform precursor delivery, and precursor thermal self-decomposition. In addition, reaction by-products have been shown to contribute to film non-uniformity. The most prominent of these, however, is overlapping of precursor pulses. Adequate purging between precursor pulse steps is critical, since overlapping of pulses results in parasitic CVD surface reactions that decrease film uniformity and increase the potential for gas phase reactions and associated film defects. Moreover, rapid purging is necessary to reduce overall process times since cycle times are largely determined by the duration of purge steps. ALD surface chemistry is not always ideal, such that film uniformity depends on distribution of precursor across the substrate surface during pulse steps. For example, precursor thermal self-decomposition produces film thickness gradients determined by the precursor distribution across the substrate surface. Plasma processes may also require a reasonably uniform distribution of reactive plasma species across the substrate surface to achieve good film uniformity. Perpendicular flow-type designs are well suited to address these sources of ALD film non-uniformity [Ref. K.-E. Elers et al., Chem. Vap. Deposition 12, 13 (2006)].